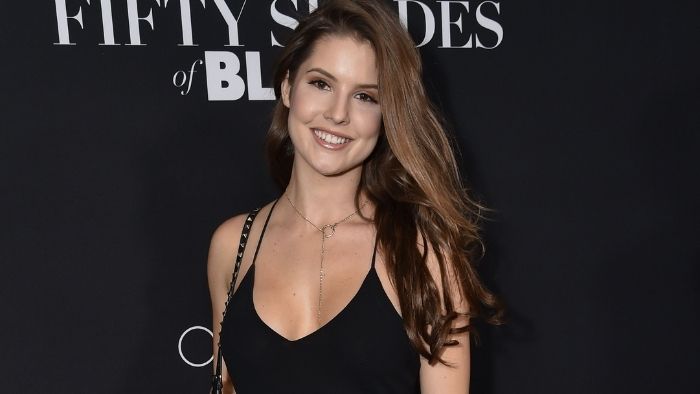 Amanda was born in Pittsburgh, Pennsylvania USA on 26th June 1991. She grew up with her siblings in Florida under the care of her parents, Russ Cerny and Amy Reed.

Unfortunately, the parents divorced and she moved in to live with her mother. She has a half-brother and an elder sister, the actor Nick Bateman, and Samantha Cerny, a YouTube star.

Amanda began pursuing modeling in her childhood years, which gradually became her passion. She studied at Florida State University. She got a degree in Foreign Affairs there. She later moved to Los Angeles to pursue a career in modeling.

Amanda Cerny is a major social media personality with millions of followers across Instagram, Twitter, and Vine. She started modeling at a very tender age and quickly gained popularity in the fashion industry after featuring on ‘Playboy Playmates’

Her irresistible beauty earned her more than 25 million followers on Instagram where she shows off her curves and sizzling images of fashionable outfits.

She’s worked on several TV films, such as “Hello Ladies” and “ The Deleted” from 2013. She currently still works on them and has made an appearance in the action movie, “211” in the year 2018.

She is a great friend of popular YouTubers, Logan Paul, Juanpa Zurita, and King Bach. They occasionally feature each other on their YouTube channels.

The 29-year-old model is also an entrepreneur, being the founder of an On-Demand video app called ZEUS that was launched in July 2018.

Her fans love following her fitness tips and videos on social media. She has great connections with well-known brands like Nike, Beats by Dre, Universal, Ubisoft, and Guess.

Amanda is currently dating Johannes Bartl, a model and fitness trainer. She previously dated Dane Cook, a comedy actor, and shared several photos of them both on her social media account.

In a recent Instagram photo, Amanda Cerny once more removes her shirt. The YouTuber and Tik Tok celebrity is renowned for making provocative claims to her fans by releasing sexy photographs in which she frequently shows a lot of skin. Cerny recently stunned her followers with a nude photo.

She gave off a sultry look while only wearing her underpants. Her side b**bs were visible as she turned her head away from the camera, which had her back to it. The comments portion of her post was instantly flooded with the fire emoji from her followers.

It is true, though. With a recent provocative photo that exposed her bare skin, Amanda Cerny ignited our emotions. Actress from The Babysitter: Killer Queen tended to her plants while dressed in pink briefs and an unfastened robe. She took pride in her curves, toned body, and sexy legs. Pink tape that matched the hue of her undergarments was used to conceal her nipples. 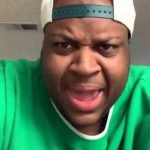 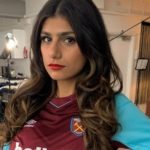