You can barely overlook what a star Celestia Vega has become. This beauty was born in California. However, she has kept much about her parents or siblings away from the public. While she graduated from high school, no one knows which one it was.

Vega began her content creation career at a relatively tender age. She started streaming herself playing video games in 2011, which helped build a huge fanbase. She is a good friend of another Twitch streamer, Zoie Burgher.

Celestia shot to fame in 2015 after she started posting raunchy videos and photos. This came shortly after launching her YouTube channel. She would post different provocative content, which the platform had to flag from time to time. Besides, she focused on discussing sexual fantasies and preferences.

She is signed with LA Direct Models. This agency prides itself on over 180 performers across the UK and the US.

Celestia Vega has significantly withdrawn from the public. This move aims at helping her rediscover herself after leaving the adult content industry.

Vega has admitted that she is bisexual. However, she prefers female partners to male partners. She has also expressed her struggles with depression and anxiety.

Did you know that she is a pet parent? She loves pets and has two rats and three cats. She has an iguana too.

Her involvement in music is relatively remarkable. Her guitar skills are incredible, and she has played them for over 17 years now. She also plays computer and video games and was initially part of Luxe Gaming.

Celestia Vega has a projected net worth of $500,000. This amount comes from her YouTube revenues and Twitch donations. Part of it is also from her modeling and adult industry involvement. 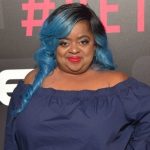 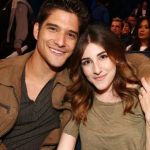