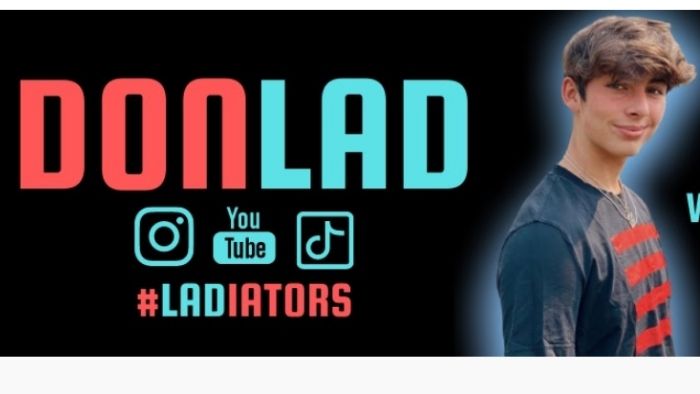 Donlad Dougher is the son of Mr. Don Dougher and Mrs. Yvonne Dougher. He has two older siblings – two beautiful sisters. The family is close-knit and spends a lot of time together.

The widely dubbed ‘richest kid of America’ was born with a silver spoon in his mouth. His father owns a real estate company in Arizona that buys properties and sells them off at a profit. The venture, even though quite risky has proven quite profitable for the Dougher who have an extravagant lifestyle to show for it.

Growing up, Donlad loved to play tennis, which he frequently played in his free time. He also loves his pets- his turtle, tortoise, and a dog which he takes care of quite diligently. He currently schools in a private high school in Los Angeles.

For a 14-year-old, Donlad has made quite an impressive splash as a Youtuber. His rise to fame has been a quick and steady one. He is now among the most popular teen Youtubers on the planet!

His success is attributed to his luxury life, which he typically shows off in videos. This dreamy lifestyle has won him a subscriber base of 593,000 since the launch of his self-titled Youtube Channel. The Donlad Youtube channel was launched in August 2019. Donlad frequently uploads videos of tours of his exotic mansion, vlogs, and other lifestyle videos.

We get it. Who wouldn’t want to see him goofing around and taking a drive in wildly expensive Lambo’s, Ferraris, and Buggati Veyrons? The #Ladiators- his fan base name, seems like they really like it!

Donlad is constantly looking for ways to improve his channel. He has made headway in collaborating with some of the famous and rising Youtubers such as FaZe Rug and Tanner Fox.

In his video “I Got FAZE RUG The CRAZIEST Gift… ” he goes to Faze Rug’s new house for the first time and brings him a housewarming present – a Rolls-Royce umbrella. This became one of his most viewed videos.

Not only has he made a name for himself as a striking Youtube content creator, but he has garnered a massive following on TikTok as well. He occasionally features his parents and siblings in his videos – always giving us a peek into what luxury and wealth look like.

As a Youtuber, Donlad is constantly engaged in creating new and fun content for his viewers. He is part of The Squad, social media group.

So who’s the lucky girl? In December 2020, this trending teen star asked Indi Stars to be his girlfriend. The two had been friends and had collaborated on several TitTok Couple challenges. It was quite obvious that Donlad really liked Indi and in December they were officially a couple.

Indi Stars who is also 14 years old, is a star in her own right. She is a rising television personality and a dancer. Unfortunately Indi broke up with Donald Dougher on Instagram Live. Donald explained their split a few days later.

He has a $1.5 million net worth. Donald Dougher’s path to wealth His main sources of income are sponsorship agreements and adverts on Instagram and his YouTube channel.

He is a fitness freak who loves to work out every day, takes excellent care of his body, and his physique turns everyone’s heads.

Donlad Dougher is 5 feet 10 inches tall, as many of his fans and followers frequently inquire. 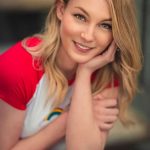 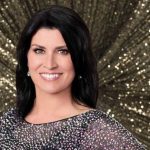