How she and Steve Harvey met and got married

The two met at the Memphis Comedy Club in 1990, and both of them were married at that time when Marjorie Elaine walked into the club to watch Steve perform at his comedy show.

Reportedly, the meeting was love at first sight, and because Marjorie was a little late for the performance and walked in when it had already started, Steve was stunned by her looks and stopped the show to stare at the beautiful lady.

Marjorie Elaine Harvey has told this touching story and how she expected to be scorned or picked at for being late and interrupting the show, but to her surprise, Steve Harvey just froze and remained silent for a few moments. Then he turned to the crowd and told them – “I am sorry. I don’t know her, but I am going to marry her.”

Even though they connected immediately and began a brief affair, the two were still married to their previous spouses at the time, and for one reason or another, their paths separated that year.

Thankfully for both of them, fate got them back together almost 15 years later in November 2005, after Steve’s second marriage had ended, and his The Steve Harvey Show had ended too.

Marjorie Elaine Harvey has been a highly successful fashion blogger since 2007 and hosts the popular The lady loves couture blog and Instagram account with more than 350K followers on the popular social media platform.

Steve Harvey’s wife also has a successful online fashion shopping website named Marjorie Harvey’s Closet, where you can buy some of her exclusive and luxurious garments and accessories like handbags, sunglasses, and other couture items from Marjorie Harvey’s closet.

Steve Harvey’s wife has established herself as one of the top fashion icons of our time. Despite Marjorie Elaine Harvey’s age of 56 years, she looks impeccable at all red carpet events, fashion shows, and other events, wearing amazing designer clothes and combinations.

Once, Marjorie Elaine Harvey was married to a convicted criminal and drug smuggler and drug dealer, Jim Townsend, and filed for divorce after he spent his first five years in jail.

After that, Marjorie Elaine Harvey proceeded to marry another controversial figure – Darnell Woods, with whom she shares three children – Jason, Lori, and Morgan. Darnell Woods, too, got arrested and sentenced to prison in 2002 for cocaine and marijuana distribution.

She met comedian Steve Harvey in 1990 in a comedy club in Memphis, and the two fell in love instantly, even though they were both married at the time.

They began an affair but ended up separating soon after that.

In 2007 they reunited and decided to get married, and Marjorie Harvey became the loving Steve Harvey spouse.

Steve Harvey and his wife, Marjorie Elaine Harvey, have a strong relationship and share 7 children from their previous marriages.

Steve Harvey’s children are two sons – Wynton and Broderick Harvey Jr., and two daughters, Karli and Brandi, from his first and second marriages to Mary Lee and Marcia.

Steve Harvey and his wife are happy grandparents to five grandkids too.

The son of Marjorie Elaine Harvey – Jason Harvey, seems to have taken into the steps of his famous mom in the fashion world and has founded a luxury footwear company for women named Yevrah.

Jason uses materials from Brazil to design and make beautiful footwear. He is married to his wife, Amanda, and they have three children.

But things were not always perfect in this big blended family, according to the two.

When they first went together, some of the children from their previous marriages had difficulty accepting the new family situation.

It was then that Steve told them to deal with it, while Marjorie had a more gentle approach. The fashion icon sat all children down and told them that everybody is included in the family and that each kid had access to their parents.

The mom of 7 assured the children that things would be different, and they would receive the love and care that they may not have had before.

Today, they are very close and have fun with their five grandchildren – Elle, Benjamin, Noah, Ezra, and Rose.

On the other hand, Steve has joked several times on TV shows about dreaming of being an “empty nester” and getting all the kids out of the house for years. Instead, as the comedian said, “they come back to the house and have even more people with them,” referring to their spouses and kids.

In July 2018, news spread that the couple had been having issues with infidelity and that they were planning to get a divorce.

Fortunately, this turned out to be fake news. As the stand-up comedian jokingly told RadarOnline, “My wife came to me and asked – do we have $400 million? Nah, not yet,” referring to Marjorie Harvey, reportedly filing for divorce.

The actor has been very outspoken about his resentment of the false news which is being said about him and his family.

He has blamed the media and other sources for spreading these rumors that they are hurting his kids and can even destroy a family without any facts to back their claims.

In 2019 another divorce rumor began spreading online. This time, the news was that Steve and Marjorie had had a serious family feud, and as a result, she had left for a month-long trip with her daughter.

Steve Harveys and his wife rebuked this false rumor by posting a funny video and claiming that neither of them knows why they are splitting up.

In recent years, the two seem to be just as much in love as in the early years, with Marjorie Elaine calling Steve her “soul mate,” and he told “Essence” that he will never marry again and that everything he has in life is because of this “girl.” 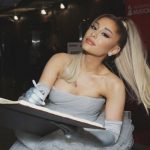 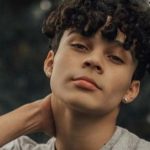