Tamaraxoxxo, whose real name is Tamara Nagiskaya, was born on 23rd April 2001. She is a Taurus according to her zodiac sign, and her place of birth is New York City, New York.

She was born surrounded by wealth and affluence, as her parents are very wealthy. She refers to herself as the ‘Beverly Hills Princess.’

However, she hasn’t shared any details about her parents’ names or their occupations.

Tamara pursued her education through homeschooling. There is no further information about it; hence it is unknown whether she attended college or not.

She also has a YouNow account, where she broadcasts her videos. She has about 43,000 fans who watch her live broadcasts.

Her YouTube channel is famous for its dancing videos. Since 2013, she has been uploading her ballroom dance skills.

She is also a model signed by Vogue magazine.
In December 2018, Tamara was hosted on Dr. Phil’s show.

She was in the spotlight for acting like a spoilt rich kid. The show worked to her advantage as she amassed a huge following afterward.

She was accused of being a copy-cat by Nicolette, another YouTuber who had appeared on Dr. Phil’s show before Tamara. Nicolette claimed that Tamara was doing things her way hence stealing her style.

Tamara owns a dog. Details about her dating life are not public.

TAMARA is determined to be the ‘Best Barbie of Beverly Hills,’ and she’s not afraid to spend a lot of money to get there.

She has spent over $100,000 on plastic surgeries in less than a year to get her fantasy doll look.

“When I look in the mirror, I see a perfect Barbie doll, with large lips, a little waist, and a big butt,” Tamara said.

Tamara’s desire to appear as plastic as possible. 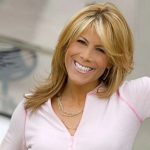 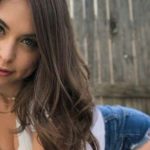