Wayne Clark is a music journalist and social media star, popular on Instagram and Twitter. He is a Harlem native, having been born and raised in this New York neighborhood.

He became interested in hip-hop music when he was about five years old. Wayno grew up listening to artists like Run DMC and Public Enemy, and they introduced him to rap.

He attended high school but dropped out to take a mail assistant job in Manhattan.

Wayno happened to work in the same building that housed stable music labels like Def Jam and Murder Inc., Jay-Z’s record label. Roc-A-Fella Records also had offices in the building. It led to him volunteering to work for Jay-Z’s fan club after he completed his shift.

He got an internship at Roc-A-Fella Records, working his way to becoming an A&R representative. After a slight hiatus from the music business, he founded his artist management firm, Triangle Offense Management. A notable artist his firm has worked with is Dave East. At present, he is the vice president of Asylum Records.

Wayno has regularly appeared on Complex’s “Everyday Struggle,” a hip-hop news show. In November 2020, Wanyo and the hosts of the show, DJ Akademiks and Nadeska Alexis, announced that the show was coming to an end and that its final episode would be on December 17, 2020.

Away from the music industry, he has a clothing line, Cool Mentality.

Wayno is a handsome man with many other attractive qualities. He could easily pass for a model due to his lean shape and sculpted features. He stands 5′ 8″ (172 cm) tall and weighs 65 kg (143 lbs).

Wayne has been residing in New York for most of his life. He is a married man, and his wife is Rebecca Clark. The two have a son, Oren Clark.

3. He was raised as a Jew and hailed from the mother’s side of the family. However, while working at Roc-A-Fella Records, he changed his religion to Islam. 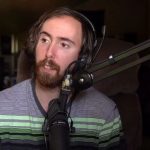