Bryce Hall is a social media star with a strong presence on TikTok and YouTube. He has millions of followers on the two platforms making him one of the most vibrant social media celebrities.

Bryce Hall was born in Ellicott City, Maryland, on August 14, 1999. He grew up and lived in the city, with his mother, until his move to Los Angeles, CA, in 2018. Other than that, no details are available about his family, including if he has siblings or not.

Bryce’s social media career kicked in when he opened a Vine account, where he posted funny videos. He had a fantastic following on this platform until its shutdown.

After Vine went under, he concentrated on his YouTube channel, which he opened around 2015.

He also had a Musical.ly profile before its rebranding to TikTok.

On TikTok, he is famous for his funny and lip-sync videos, earning him over 18.8 million followers.

It also has a great fan base on YouTube, with over 3.47 million subscribers.

In 2020, together with five other social media personalities, he moved into the Sway House, a property of TalentX entertainment (a talent management company). The six create content for several platforms, banking on their impressive following.

Initially, many people thought that Bryce Hall was gay. He proved them wrong when he asked Elle Danjean, an Instagram star, to be his spouse.

The two dated briefly before they called it quits in mid-2019. He is now in a relationship with Addison Rae, who is a TikTok star.

They have been dating since October 2020. Addison and Bryce chose to break up because they both had extremely busy lifestyles. 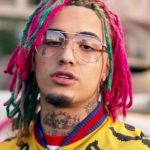 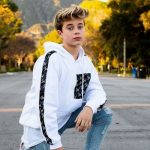