Daniella is an Instagram model who sparked controversy when she posted nude pictures in protest after finishing third in a modeling contest called Queen Vina del Mar. She had stormed out of the event after finishing behind a 51-year-old model.

Daniella chose to pursue her passion of becoming a model despite having a background in business. She made a few unsuccessful attempts to acquire a contract with a modeling agency before finally landing her first job with Playboy at the age of 24. She quickly gained popularity as a nude model while competing in numerous pageants. She finished third in the well-known Vina Del Mar beauty pageant and subsequently received several commercial contracts. She was the December 2014 Christmas Playmate of the Month in the pages of Playboy Mexico.

From Modeling to Social Media

Daniella is also a singer, and she posted her most recent music video for the song Ando Soltera in December 2019. In 2020, she invested in Rancagua Sur Sports Club, a Third Division A soccer club in Chile, saying she wanted to see it grow because it had talented players.

Daniella has green eyes and very long blonde hair. She is approximately 5ft 6ins (1.68m) tall, weighs 120lbs (55kgs), and has the following vital signs: 34-23-35. Daniella rarely wears modest clothing since she prefers elegant gowns and outfits, even though her go-to item of clothing is a bikini. She also appreciates large straw hats.

In 2015, she claimed Cristiano Ronaldo had slept with her, and at the time, he was dating Irina Shayk. The soccer player did not respond to her claims despite her insistence that he had loved her when they were intimate.

In conclusion, this Chilean beauty knows how to get the world’s attention, whether through her poses on Playboy and Instagram or her controversial claims. 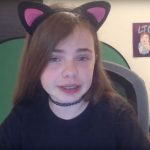 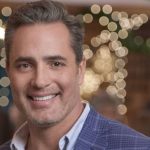