Hayley is a young YouTuber and actress. Her zodiac sign is Virgo, and she was born on 2nd September 2008 in Katy, TX, USA. Her parents’ names are Billy and Katie.

She has two siblings, a sister called Juliana, also known as ‘Jules,’ and her late brother, whose name was Caleb. He passed away when Hayley was seven years old.

When it comes to education, Hayley was homeschooled at first, but she later joined a private school. The name of the institution is anonymous.

Hayley is a popular celebrity on social media, as her huge following on Instagram and YouTube channel subscription suggests.

Her channel, created in 2008, is called ‘Bratayley.’ It features her whole family and their daily lives.

Videos uploaded to the channel have gained over 100 million views.

Away from social media, she’s an actress and has featured on ‘Mani.’ Her character name in this series is ‘Harmony.’ She also appeared in ‘Hotel Du Loone,’ by the stage name ‘Jazzy.’

Thanks to the above ventures, her current net worth is about 300,000 US dollars.

A 13-year-old YouTube celebrity is on the case, and the game is afoot.

The Hayley Mysteries, a series of YA novels inspired by Nancy Drew, were written by Hayley LeBlanc, who gained notoriety alongside other members of her family on the Bratayley channel.

The Haunted Studio, the first book in The Hayley Mysteries, is already available.

The book’s description on Booklist refers to it as “ideal for lovers of Nancy Drew,” which makes sense given that LeBlanc drew inspiration from the well-known adolescent detective throughout the writing process.

LeBlanc stated in a statement, “I love reading novels and thought it would be a lot of fun to develop a mystery series as I am a huge lover of crime, mystery, and horror movies and TV shows.

I enjoy Nancy Drew’s books, so I thought it would be fun to make a contemporary adaptation that appeals to young people today.

LeBlanc relied on her own experiences in the entertainment business to update the adolescent mystery subgenre.

She participated in the popular Brat TV series Chicken Girls alongside her older sister Jules (formerly known as Annie LeBlanc).

Hayley loves traveling, cooking, singing, and spending time with her family. Her family has pet dogs who have appeared in several of her videos.

Her best friend’s name is Carson Leuders, who also featured in ‘Chicken Girls.’ 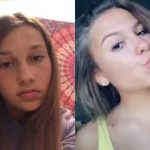 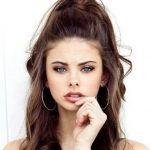