Maggie Geha is a renowned American model and actress. She was born in April 1988 in Boston, Massachusetts. She went to a local high school in Vermont before proceeding to New Port, Rhode Island, for her college education. After that, Maggie enrolled at Marymount Manhattan College for a degree in theater.

Maggie has ably managed not to share details about her family.

Maggie Geha ventured into the TV and film industry in 2007. Her first shot on TV was after securing a minor role in the show Gossip Girl. Her guest appearance on the show called 30 Rock readily elevated her status, attracting several roles within a short time. First, she got a recurring role in the soap opera named All My Children.

Her debut in a film came to pass when she joined the cast of Winters Tale. She then got roles in The Rewrite and Ted 2. Her biggest breakthrough was her appearance in Gotham, where she played Ivy Pepper.

Maggie is single, and she resides in New York City. She loves pets and has two cats. Fitness and flexibility are her biggest priorities, prompting her to undertake aerial silk lessons.

Maggie Geha has an approximated net value of $1.5 million. Her primary source of income is film and theater. 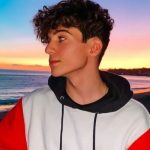 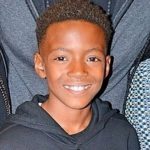