She was one of the 16 children born to Bernardo Félix Flores, an army officer, and Josefina Güereña Rosas. The family moved to Guadalajara when Félix was 17 and that is where she went to university. She would soon get a taste of the times ahead when she was crowned the Beauty Queen by her university, the University of Guadalajara.

It was in Guadalajara that she met Enrique Álvarez Alatorre, a salesman, whom she married after a brief romance in 1931. The couple had a child, Enrique in 1935, but the marriage didn’t last long, and they divorced in 1938.

Félix relocated to Mexico City with her son to escape the scrutiny and gossip she would have had to undergo as a “divorcee.” Félix soon found work as a plastic surgeon’s secretary in the city.

Félix appeared in many movies during the period known as the “Golden Age of Mexican Cinema.” She was discovered by filmmaker Fernando Palacios while she was walking down the street. After a lot of persuasion, Palacios started promoting her in film circles.

After a lot of contemplation and even rejecting a Hollywood offer, Félix agreed to star in Mexican director, producer, and writer Miguel Zacarías’s film El Peñón de las Ánimas (The Rock of Souls) in 1942.

The movie’s star was Jorge Negrete, a hugely popular figure and singer whom Félix would marry, years later. The movie was a huge success and catapulted her to recognition. But it would take her two more movies, María Eugenia (1942) and Doña Bárbara (1943), to ascertain her stardom.

Doña Bárbara would establish her femme fatale image for years to come. In the movie, she is portrayed as a strong woman who has been wronged in her youth, making her bitter, vindictive, and vengeful. The movie had such an impact that Félix was referred to as Doña Bárbara throughout her career, and would have roles built around that image.

Two other films, La Mujer sin Alma (1944) and La Devoradora (1946), would establish her image as a vamp in the Mexican film industry.

In 1946, Félix met Mexican director Emilio Fernández, with whom she would go on to work in three movies, Enamorada (1947), Río Escondido (1947), and Maclovia (1948), This was a departure from her usual vamp image and would win her two Ariel Awards (for Enamorada and Río Escondido). She would win her third such award for Doña Diabla (1949).

These movies, along with Roberto Gavaldón’s La diosa arrodillada (1947), would go on to establish her presence in Europe. She would soon be contacted by Spanish film producer Cesáreo González, which would change her direction and land her major roles in Europe.

Félix worked in many Spanish movies such as Mare Nostrum (1948), La noche del sábado, and Una mujer cualquiera (both in 1950). She appeared in the France-Spain-Italy co-produced Messalina, considered to be very expensive for that period, in 1951.

Félix starred in many films revolving around the Mexican Revolution in the 1950s. Prominent among these are Canasta de cuentos mexicanos, La Escondida, and Café Colón. She starred alongside Dolores del Ro (her rumored rival) in the lead role in the historical drama La Cucaracha (translated: The Soldiers of Pancho Villa) in 1959 and won a Menorah Award for it.

Félix married 4 times; the first time to Álvarez Alatorre (1931-38). Alatorre attempted to kidnap their son Enrique after a major fallout and was rescued by her would-be second husband, Augustin Lara, a noted composer. Félix married Lara in 1945 after being introduced by a common friend.

Lara wrote many songs just for Félix, including classics such as Humo en los Ojos, El Chotiz Madrid, and the very famous Mara Bonita, but the marriage didn’t last very long and the couple went their separate ways in 1947.

She met actor-singer Jorge Negrete in 1953 whom she had previously met during the filming of El Peñón de las Ánimas in 1942. The couple married in 1953 after a brief romance, but tragedy struck when Negrete died of hepatitis after just 14 months. Félix was criticized heavily for wearing trousers at his funeral. The furor caused her to flee to Europe for a period.

In 1956, she married Alexander Berger, a French businessman whom she had met earlier. She was married to him until his death from lung cancer in 1974. He left her a racehorse stable in Paris, which had over 80 racehorses, which became her passion.

Félix remained unattached for several years until she met Antoine Tzapoff, a painter who was 20 years her junior, and they remained together until her death. Tzapoff painted her in a number of portraits; one of the most striking was Félix astride a rhinoceros.

Other painters have also painted Félix, and among the most famous of them are Leonor Fini, Diego Rivera, Stanislao Lepri, and Leonora Carrington.

Félix was also into collecting costumes, books, antique furniture, porcelain, and carpets. She also had a large jewelry collection, including the 41.37-carat Ashoka Diamond and two very intricate pieces by Cartier, which she later sold back to them.

She was also a favorite of designers such as Christian Dior, Chanel, Yves Saint Laurent, and Givenchy, which designed collections exclusively for her. She was also called the world’s best-dressed woman by French haute couture.

Maria Felix lived like a diva in various homes that she was able to purchase, but her mansion in Polanco stands out as having an immaculate taste, being an avid collector of antiques and an enthusiast of the 18th century with paintings fit for a museum and porcelain that anybody would lust over.

Maria Félix died on her 88th birthday, on April 8, 2002, in her sleep at her home in Mexico City. Her 104th birthday was facilitated by Google in 2018 by dedicating a Google Doodle in her name. 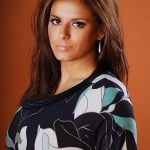