His mother raised him for 16 years but sent him away to live briefly in Georgia with a foster family.

He went to both Miami Senior High School and Miami Coral Park High School to complete his high school studies.

He later ventured into rap music after gaining inspiration from Celia Cruz and Willy Chirino, who were both pop stars from Miami.

Pitbull started off his rap music career by signing to subsequent record deals to help develop his music.

He began with Julian Boothe’s Luther Campbell’s Luke Records. He then signed with Famous Artist Music & Management owned by Robert Fernandez. Fernandez helped Pitbull secure a spot in one of Lil Jon’s tracks from his next album, Kings of Crunk. Lil Jon liked Pitbull’s energy and featured him in his track Pitbull’s Cuban Ride Out. The track helped market the rising rap star successfully.

One of his best singles that hit the top 10 worldwide charts was I Know You Want Me. It was released from the album Pitbull Starring in Rebelution by Ultra Records.

He’s occasionally featured other pop stars in his albums like Shakira, Jennifer Lopez, Diddy, and Usher.

Pitbull also guest-starred on several TV Shows such as Punk’d, Shark Tank, Dancing with the Stars, and the 2015 hit series Empire.

His entire music career has earned him a net worth of $100 million. From the time he started his music career, Pitbull has cumulatively made millions of dollars from his worldwide record sales.

He became one of the highest-paid rappers worldwide between 2017 and 2018.

Pitbull also has other streams of income apart from his music career. For instance, he launched his fragrance line in November 2013, and actively campaigned for Walmart ads in 2015.

He once appeared in a Super Bowl commercial with other pop stars like DJ Khaled and Jennifer Lopez. And, he co-owns Trackhouse Racing, a car racing team that’s part of the NASCAR Cup Series competition.

He also supports several brands such as Kodak, Dr. Pepper, and Bud Light.

Pitbull’s current marital status is single. He had a girlfriend, Barbara Alba, whom he stayed with for 10 years and had two children. 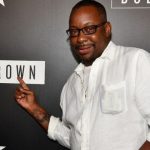 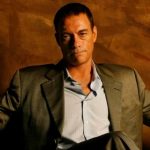