Born in March 1998 in Canada, Zookdook is a star on Twitch. Her full name is not known to the public, but her first name is Zoe. Zoe has not disclosed much about her family and educational background.

Zoe started her Twitch account in 2019. This channel allows her to stream and play various video games, showcasing her skill and poise. Her focus on Minecraft games proved to be one of the best decisions ever.

It ensured that she attracted a significant following within a relatively short time. Usually, she live-streams games, dancing all through it.

Zoe has a self-titled YouTube channel too. This channel posts her Minecraft games from time to time, too. While it has few subscribers, it attracts considerable viewership.

Zookdook utilizes various partnerships and sponsorships to boost her income. She has previously worked with different brands, promoting their products.

Zoe is not in a relationship at the moment. She spends most of her time gaming and building her brand. At some point, Zoe asked people to send applications for boyfriends. Unfortunately, she did not reveal whether she got someone.

Zoe likes dancing and cooking. Her impressive dancing skills are evident, as she demonstrates them whenever she streams a game.

Zookdook has an approximate net worth of $1 million. Her primary source of income is Twitch, YouTube, and brand partnerships. She now has over 40,000 Twitch channel subscribers.

Her Father Unknowingly On The Live Stream

In a video that has recently reappeared online, the father of a Twitch broadcaster accidentally refers to his daughter as “thicc” during a live stream.

The Twitch streamer in question is zookdook, who can be seen with her father while participating in an interactive stream with viewers.

She and Troydan are both well-known Twitch streamers from Canada. 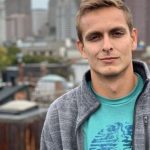