Soliven is an Aquarius according to his Zodiac sign. He was born on 27th January 1993 in Stockholm, California.

His parents’ names and information are not available to the public. He has one sister called Ariana.

Soliven has a Puerto-Rican ethnicity, while his nationality is American. He attended a local high school, but further details concerning his education are missing.

Benny’s career as a YouTuber came up after creating his YouTube channel on March 31, 2015. His first video was dubbed ‘305 squat for a double. In the video, he was exercising with an aim of losing weight. It gathered over 7000 views.

The video BENNY – Overwhelming, which was a parody of Matt Ox’s Diss Track, became his most-watched video.

He proved to be multi-talented after uploading his songs on his YouTube channel. Among them are ‘Fake Love,’ ‘Hottest Out,’ and ‘Broke Bitch’, among others.

His fan base keeps increasing by the day. He has over 800,000 followers on Instagram and over 1 million YouTube subscribers.

He is also popular on TikTok for his prank and challenge videos. Benny likes featuring his grandmother and younger sister in his videos.

His net worth is estimated to be $1 million.

Benny and his girlfriend, Alondra Ortiz, have their first child together; a son was born in June 2021.

The two have been dating since the beginning of 2020. 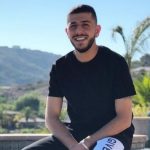