Born on 3rd August 1994, Devon Lee Carlson is a social media sensation that you cannot overlook. She was born in the United States, and her sister is called Sydney. Her parents are Dave and Michelle Carlson.

While Devon Carlson is believed to have graduated, no information is available about the schools she attended.

There is no denying that Devon took an interest in fashion right from a young age. This passion significantly affected the career path she took.

Her career highlights progress after progress. She made her debut video on YouTube in September 2013. This video, My First Vlog-Denon Carlson, attracted many views within a relatively short time, shooting her into the limelight.

Devon’s YouTube channel focuses on various lifestyle and fashion issues. She publishes videos on beauty and fashion from time to time. The number of subscribers on this channel keeps growing, and it currently stands at over 221000.

You can barely overlook the influence she has on Instagram, thanks to her over 1.1 million followers. She uses this platform to highlight different fashion styles. Often, she posts apparel from different brands too.

Besides social media platforms, Lee is the co-owner of Wildflower Cases, a company that makes handmade iPhone cases. Currently, she is in a partnership with Louis Vuitton and Marc Jacobs.

Devon Carlson is an ever-charming lady, and her personality is unrivaled. Her love for charity works is astounding, and she keeps giving back to the community whenever she can.

For instance, in 2018, she had to sell some of her clothes in a flea market, giving the less fortunate proceeds. Besides that, she took part in the Black Lives Matter campaign.

Lee is in a relationship with Jesse James Rutherford, a lead vocalist in a local band called The Neighborhood. These two have taken up various charity works, especially in their local communities.

She is an avid pet lover and has a dog called Mart. You can see this through the several posts she makes.

Jesse Rutherford is the boyfriend of Devon Carlson. When they were younger, the pair was together. But they went their separate ways.

They started dating again in 2015 and have been together since then.

However, a rumor surfaces online at the end of 2021, claiming that Devon and her boyfriend Jesse have broken up and are no longer together.

Although they kept their separation a secret, the couple’s rumors surprised their admirers.

Devon Lee boasts of several income streams. She is in partnership with several brands and runs a company alongside her sister.

However, her income is almost impossible to estimate. In this light, her approximate net worth is between $1 million and $5 million.

Devon Carlson is indeed a gem in the fashion industry! 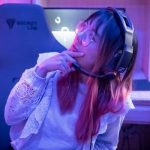 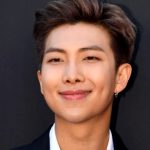