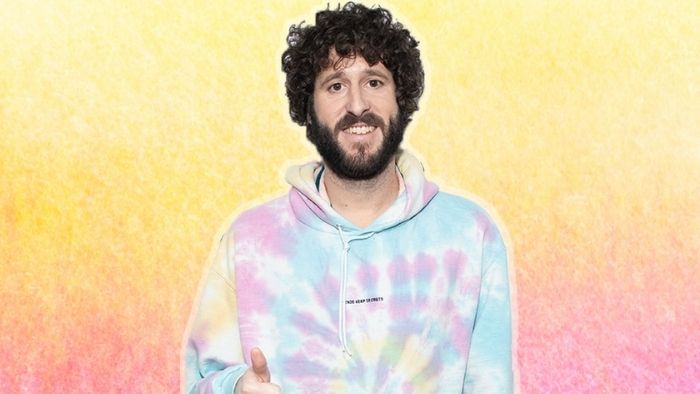 Lil Dicky is a 32 years old comic rapper born on March 15, 1988, as David Andrew Burd. He was born and raised in Cheltenham Township, Philadelphia. He currently stays in San Francisco.

He attended Cheltenham high school and then later graduated from the University of Richmond with top grades in 2010.

While on Campus, he met XXL Freshman and Dave East, who is currently his fellow rapper.

Growing up, Lil Dicky developed an interest in rap songs. He was a big fan of the famous rappers Nas and Jay Z. He once composed a rap song from Alexander Pushkin’s history report he did in high school.

Earlier, Lil Dicky worked at Goodby Silverstein & Partners in the account management department. The company later transferred him to the creative department when he presented his monthly progress report as a rap song. In this department, he crafted web copies for NBA “BIG” campaign ads.

He gradually shifted careers by first acting, writing movies, and doing TV shows to gain attention.
He recorded his first mix-tape, “So Hard,” while still at Goodby Silverstein for about two years. He then committed to making a song and releasing it every week for five straight months.

His major breakthrough came when he uploaded the single “Ex-Boyfried” on his YouTube channel.
The video had one million views within 24 hours of posting.

He later went low on funds after consistently uploading 32 songs and 15 music videos.

He then announced his need for funding his “2nd Phase” rap project over his channel and opened a crowdfunding account to raise a target of $70,000. This amount was surpassed after collecting $113,000 from supportive donors.

After his live concert tour in Philadelphia, he earned a contract with CMSN, an agency that also manages Tyga and Chiddy Bang.

Despite being a highly talented rapper, Lil Dicky still loved comedy. As a result, he still wanted to work as a comedic writer while pursuing his music career.

Burd then released several albums, some of which featured famous artists like Snoop Dogg and T-pain. His first album, “Professional Rapper,” hit #1 in the US rap and US Comedy charts.

He then released subsequent album tours, some of which include: “Looking For Love,” “Life Lessons,” and “Australia and New Zealand” Tours.

Even though Burd has made a fortune in his rap career, he prefers to maintain a money-saving habit. He composed a rap song about “saving money” that shuns the overspending habits that most famous artists have.

Reports have it that he built a cottage within the suburban neighborhood of Venice in California. The white picket-fenced property cost him about $2.5 million and measures 2,162 square feet.

Despite having plenty of space in his compound, Burd’s 2-floor house occupies less than an acre of the property.

He currently has an $8 million net worth, most of which is from his “Lil Dicky” YouTube channel.

Records indicate that Mr. Dicky paid an even-steven $2,500,000 for the 2,162-square-foot home, located just a few streets off Abbott Kinney Boulevard, a popular street. A charming white picket fence surrounds the property, with an arbor covered with vines.

The tiny.07-acre property is typical of Venice’s densely populated areas. The home is protected on all sides by wild tree thickets and privet hedges despite being near to neighbors. A one-car garage is located behind the house and is reached by an alleyway.

The $4.6 million home of Game of Thrones princess Emilia Clarke, the $5.6 million mansion of IT CEO Walter Scopely, and the home of wealthy heiress Adriana Cargill are all close by to Mr. Dicky’s pad.

Lil Dicky is currently not in any relationship. He once mentioned that perhaps he would meet the love of his life once he’s hit his “peak” age – at 35 years old. 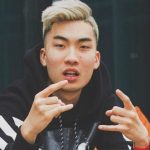 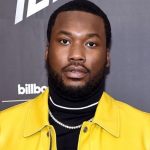