Karla Paloma Denagustin Jiménez is a Mexican model and actress well known for being the long-term girlfriend of Fast and Furious star Vin Diesel.

She was born on August 22, 1983, in Acapulco, Mexico but relocated to the United States to pursue her modeling career.

Her childhood, family, and educational background remain anonymous despite her public presence.

Paloma started modeling in her home country, Mexico, before moving to the USA for better opportunities.

In Mexico, she worked with LA and Looks Modeling Agency and did several photoshoots with several agencies, including Aridio, a Latin Magazine, and JoLance.

She appeared as the cover girl of some Mexican magazines, such as Maxim in the 2005 edition as well as Max in 2006.

She also attended the Ready To Wear fashion show that took place in the spring and summer of 2006.

Paloma has also represented top brands such as Coca-cola, Pantene, Grypho, and Honda.

She’s made appearances on popular TV shows like the Mexican show ‘Otro Rollo’ and The Tonight Show with Jay Leno. In the latter show, her partner and the kids also accompanied her in the show.

Paloma mostly accompanies her partner, Vin Diesel, on most red carpet events. For example, when Vin won the Holly Walk of Fame award, she accompanied him along with the kids.

She also accompanied him to the premiere of Triple X, The Return of the Xander Cage movie.

Paloma has been dating Vin Diesel for the past 13 years. They have three kids together, Vincent Diesel, Pauline Sinclair, and Hania Riley Sinclair. Despite their long-term relationship, they’ve never made it official as in a marriage.

Paloma Jimenez’s romance with Vin Diesel caught the attention of the media. The whole public was curious about her and the relationship. 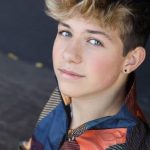 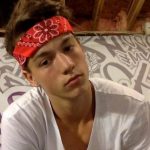