Penguinz0’s official name is Charles White Jr. He’s also referred to as Cr1TiKaL. He was born on 2nd August 1994. His place of birth is Tampa, Florida, in the United States of America.

Penguinz0 has not given detailed information about his parents. It’s also not known whether he has any siblings.

He was educated at Carrollwood Day School. He then enrolled at The University of Tampa to study human sciences. While at school, he was a basketball player.

During his younger years, Charles suffered pneumothorax and OCD. He also got into an accident at 18 years of age.

White is a gamer, commentator, writer, actor, and owner of several businesses. He is a popular social media personality, having over 7 million subscribers on YouTube. The person who helped Charles with gaining popularity by reviewing his videos is another YouTuber, named Ray William Johnson.

His content varies from personal-life videos to gaming videos. His YouTube videos have gained a total of over 2 billion views. His Twitch account is followed by more than 2 million followers, and his videos on the platform have gathered more than 20 million views in total.

Among the games that have elevated his fame as a gamer are ‘Gears of War’ and ‘Halo 3’. He has featured in videos while commentating and playing games.

He also co-hosts a podcast called ‘The Official Podcast.’

From his numerous business ventures, Penguinz0’s net worth is estimated to be 9 million dollars.

He is in a relationship with his college sweetheart, Tiana Tracy. They have two dogs, Cayda and Tetra. 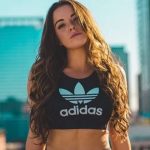 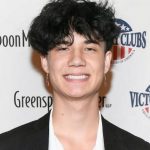