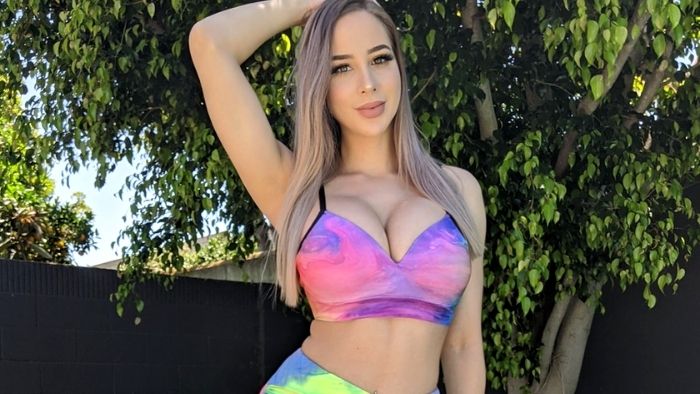 This 5’8 foot beautiful blonde bombshell was born and raised in Poland. Sparkles have 2 siblings. Her brother Derrek and sister Chelsey.

Her mother is known as Stacey, whereas her father’s name remains unknown. She tends to be discreet about family matters.

Pink Sparkles loved gaming since she was young. Once an adult, she got a job as a teacher in a local school. After 2 years of teaching, she decided to follow her heart’s desire. She jumped right into professional online gaming.

Sparkles started her online gaming career by playing games such as Fortnite, WoW, and League of Legends. What made her rise to fame was her warm, carefree attitude which made her live streams quite popular.

Her Twitch account has a large following of over 934K. She has since been making headway by her interactive posts on the Just Chatting outlet.

She enjoys interacting with her followers and also gaming. Her brother occasionally features alongside her on her live stream games. We definitely can tell that they keep close tabs with each other.

Her gaming career has had its own fair share of ups and downs. More recently, on 22nd October 2020, her Twitch account was discontinued.

It is rumored that she had violated the Community’s guidelines by promoting adult content on her live streams.

She circulated the news on her Twitter page, and her fans rallied around her. Fortunately, this nightmare was short-lived. She soon resumed her live streams 24 hours later.

Sparkles also has a vibrant Youtube Channel where she posts on various topics, including fashion and games. Her Youtube following has steadily grown over the years owing to her charm and great beauty.

She also has quite a presence on Twitter and Instagram. Her photos of her perfectly curved body continue to receive several thousands of likes.

She definitely does not mind the spotlight. She has a picture with her fellow Twitch streamers Kaitlyn Siragusa and Fandy, posted in 2019.

Sparkles have been around the dating scene for a while.

However, she is currently single. She seems to focus on growing her career as an Internet gamer and online personality.

Before this, Sparkles was dating Zack, popularly known as Asmongold. He is a famous Twitch tv streamer of World of Warcraft.

Their relationship lasted for 1 ½ year and ended on 12th December 2019. Both announced their breakup on their Twitch platforms but remained to be close friends.

Their relationship seems to have gone sour as Sparkles posted on her Twitter page that she was suffering from occasional episodes of depression.

She added that the split was to let each other work on themselves. She then moved to California, where she currently resides.

On her social media sites, the Canadian star has many fans and followers. She’s earned a respectable sum through various channels as well.

Her net worth is anticipated to be $3.5 million. Through YouTube, Twitch, sponsored partnerships, and paid commercials, she has accumulated a fortune. 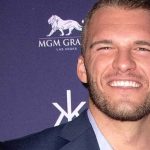