Sean is a dancer and singer who has worked with famous artists like Rihanna, Cher, and the late Michael Jackson. He is also a YouTuber and the ex-boyfriend of Trisha Paytas.

Sean was born on 21st January 1980 in Langhorne, Pennsylvania, where he grew up alongside his brother and three sisters. Their father passed on in 2017.

He joined gymnastics at the age of six and began choreography practice on a trampoline four years later.

His Career in Music

Sean’s career almost ended before it took off because of a five-year record deal. He met Lou Pearlman (deceased) of TransContinental Records in 2001 when Sean was a performer with Chippendales dance group. This group was one of Pearlman’s investments. Pearlman attended several shows, and though he approached Sean severally, he brushed him off because he did not know him at the time.

The same year, they met again at Madison Square Garden, where Sean was one of the dancers during Michael Jackson’s 30th Anniversary, and Pearlman made the offer to sign him to his record label. However, by 2007, when Pearlman was arrested for money laundering, among other charges, Sean’s album was not out yet. Additionally, the house he was living in, provided by Pearlman’s record label, was scheduled for foreclosure, so he was kicked out.

His association with Pearlman tainted his reputation, and other record labels refused to sign him. Luckily, in 2010, he got a role in the musical film called Burlesque, and he joined Rihanna’s dance troupe during her tour. This put him back on track so he could produce his songs and grow as a choreographer.

Sean joined YouTube in December 2007, and his channel has over 110,000 subscribers as of January 2021. His YouTube content is diverse as you’ll find choreographed dances, Q& A videos, music, and skits.

As a choreographer, he worked in the American Horror Story in 2019 and 9-1-1: Lone Star in 2020. Additionally, he composed original music for What’s Next for Sarah in 2014. Sean has also starred in some uncredited roles, such as Jim in Drake & Josh in 2007.

He dated Trisha Paytas from 2014 to 2016. She alleged that he was gay and that her friend had seen him being intimate with a man in a nightclub. Sean refuted the claims and stated that his manager, the late Pearlman, had made some sexual advances through the years they worked together, but Sean had stopped him every time because he wasn’t into it.

Since his breakup with Trisha, they have still collaborated on several videos on his YouTube channel. One of these videos is a Q&A where they answer questions from fans concerning their breakup. The last video she featured in was a choreographed dance in July 2020. Trisha has since moved on, and she got engaged in December 2020. Therefore, there are no hopes of them getting back together, if at all.

In conclusion, Sean’s music career may have taken long to blossom, but it has. Opportunely, he now uses social media as an alternative platform to showcase his abilities. 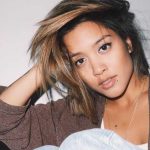 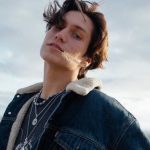